Determining the world’s rarest fishing book isn’t straightforward. The existing number of books and their age are the most important factors that can be measured. The older it is, the less there are existing books left.

When it comes to very old books from 1500’s, we are talking about extremely rare ones. However, these are found from time to time. The oldest known fish book is A treatyse of fysshynge wyth an Angle, which is thought to be written by Dame Juliana Berners, and it was published in 1496. The most famous old fish book is of course The Complete Angler, written by Walton, which was first published in 1653. 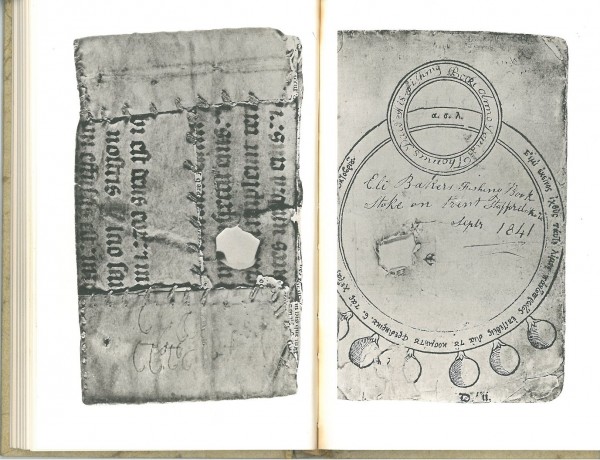 However, there is one fish book, which has been neglected. It is The Arte of Angling, published in 1577. It is no wonder this book is less known. It is remarkable that there is only one copy of it, and even that one was hidden from the rest of the world for a long time. In 1953, a collector of fish and nature books Chalmers Hallaman purchased the book from book trader Ted Lowe. It had come to him from a small house that had been sold in West Midlands.

The book was incomplete, and it was missing at least three pages, including the title page, so initially there was no information of the author or the name of the book. Only clue was the text at the end of the book, which said “Imprinted at London in Fleetestreate at the Sign of Faulcon by Henry Middleton, Anon 1577”. So, it required quite a lot of work to find out what this small fish booklet was called, and it wasn’t easy, and it required a few lucky incidents.

First Hallaman took the book to the British Museum where its authenticity was verified. However, the author and the name of the book were still a mystery. Mr. D. E. Rhodes published an article about finding the book in series “Bibliographical notes” (Fifth Series, X, No 2 123–125, June 1955), under the name of A New Line for Angler 1577. He also explained that the book was unknown in all files and bibliographies. Only thing we need is the title page, and the mystery is solved, he continued.

The book made its way to America, and to the library of the University of Princeton. The mystery of the book started unravelling, when the historian of the Texas University, Thomas P. Harrison was reading a copy of Edward Topsell’s book The History of Serpents. It had a comment of a small fish book, which mentioned the author, but not the name of the book. Harrison managed to find the name of the book later on as well. He published the information about the book in October 1960 in an academic magazine. However, this information stayed within the small circle of people. In 1975, when American Fly Fisher (vol. 2, no. 2) published an article about it, the information was passed on to the larger audience.

What makes the book even more interesting, is that it has a conversation between a hunter and a fisher, just like the world-famous book Oivallinen onkimies, written by Walton. Using dialogues at this time was common, but was it a coincidence that the conversation was between a hunter and a fisher? There are other similarities too when compared to Walton’s book. Walton’s book was published in 1653, which was way later than The Arte of Angling. There have even been suspicions, that Walton would’ve used this book to write his masterpiece, or at least use it as a source book. Obviously, we will never know the truth for sure.

So, this is the world’s second oldest fish book, and considering there is only one incomplete copy, it is hard to find a rarer book. Princeton University Press they reprinted the book in 1958, with an introduction to the book’s history written by Otto V. Kienbusch. It contains texts in modern English and a facsimile from the original book. The book hasn’t been translated to Finnish, and if someone were to do that, it would be quite the cultural achievement.