There has been a well-known interest in salmon in Torniojoki as long as a man has lived by the river. Fishing methods have evolved, but it was already in 1738, when the most efficient one was introduced.

Anders Hellant, led by Anders Celsius, presented his academic dissertation De novo in fluviis norlandiarium piscandi modo, Research of the new fishing methods in the northern rivers, in Gustav’s auditorium in Uppsala in 31st of May, 1738. In this dissertation, Hellant introduces a new kind of salmon dam. This is apparently the first dissertation which was translated into Swedish, as he wanted to introduce the method to those as well who didn’t speak Latin.

He explains, that he has been watching with pity that during the short summer most of the men by the river were working hard in fishing and neglecting the crops in their farms and other useful tasks. He thought that their dams were inefficient and didn’t catch enough fish. So, he suggested the following: “There must be a dam in a river in the north, so that no fish, unlike now, could get up without getting caught”. The book has an illustrative picture of the new trap, and the construction has been explained in great detail. He has also presented calculations of the income compared to the older methods.

He’s also considering what would happen, if all the salmon swimming upstream is caught: “People might say, that if we catch salmon this way before they were able to reproduce, we should be worried that they will become extinct over time. And although it is believed that these fish come here annually from Atlantic Ocean, through Baltic Sea, and onwards to the north, as occasionally the fish have hooks in them with some kind of nylon snood twine attached to it, which is being used in Öland. However, experience shows that there isn’t as much salmon in these rivers anymore, as there was back in the days with less people fishing them, which supports this thought. Be that as it may, new dam would be nice as then we could calculate the caught fish, and compare the amount to previous years; and this way we could ban or allow fishing in each river every second, third, or fourth day, or after certain amount of fish has been caught, to ensure they can reproduce”. 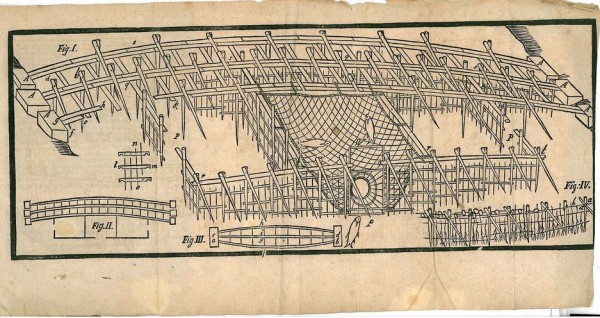 Later, traps like this were built, called pen dams, which were the world’s largest fishing traps built out of wood. The last functioning dam in Torniojoki was the dam of Kiviranta, which was erected for the last time in 1973.